Michael Chavarria joined as HOPE’s Executive Director in January 2022. Chavarria, an Illinois native, has dedicated the last 8 years of his career to fighting for fair housing around the state. Michael joins HOPE role with not only a wealth of expertise in fair housing enforcement, but also a background in coalition building and a strong network of partnerships with local, state, and national community leaders and housing organizations.

Michael grew up in Matteson, IL as it was being transformed by some of the nation’s fastest documented white flight and has dedicated his career to working alongside those most impacted by housing discrimination and community disinvestment to advance fair housing.

Michael is thrilled to be leading HOPE. His extensive fair housing background and strong coalition building and advocacy experience is a true asset for the agency.

Josefina Navar joined HOPE as Director of Enforcement in September of 2019. Prior to joining HOPE’s staff, Josefina was the Testing and Outreach Coordinator, and later, Senior Fair Housing Investigations Coordinator at Chicago Lawyers’ Committee for Civil Rights from 2009 – 2019.  Josefina is a Licensed Clinical Social Worker in Illinois and worked in Mental Health services for 7 years as a case manager and therapist prior to becoming a Fair Housing advocate.

June Bishop began working for HOPE in 1996, serving as the part-time bookkeeper and providing accounting services for the organization for over three years. In June of 2011, Ms. Bishop returned and began working for HOPE full time as HOPE’s Intake Specialist and became HOPE’s Investigations Coordinator in 2020. Prior to working for HOPE, Ms. Bishop worked as an assistant commercial property manager for over 13 years, and additionally, spent 11 years working as a Senior Executive Secretary to the National Human Resources Manager, and later, for the National Director of Merchandising Research at Sears National Headquarters’ offices on the west side of Chicago.

Ms. Bishop is an integral component of HOPE’s enforcement staff and is involved in systemic investigations and coordinates logistics for on-site assessments. Additionally, she also works with HOPE’s Intake & Grants Manager to compile organizational data needed for HUD grant reporting.

Nafia Khan is the newest member of the HOPE team, having joined the staff in August 2021. Nafia comes to the fair housing world with a background in local and state government service and non-profit communications and advocacy. Prior to joining HOPE, Nafia worked in community organizing for a statewide Disability community coalition. She holds a bachelor’s degree in Communications from Bradley University and a master’s degree in Public Administration from the University of Illinois at Springfield.  Nafia serves on the Statewide Independent Living Council (SILC) and is active in advocacy, including serving as a member for the Board of Directors with AIM-Center for Independent Living and as a member of the DuPage County chapter of the NAACP.

As Director of Outreach, Events & Fundraising, Nafia develops relationships with community organizations, service organizations, realtors associations and other entities to provide education and outreach on the Fair Housing Act and housing discrimination. Additionally, Nafia seeks out sponsorships and other collaborative partnerships with business and community leaders interested in making an impact for folks experiencing housing discrimination.

Blake Mitchell joined HOPE in October 2020 as the Intake Specialist. He graduated from North Central College in 2019 with degrees in French and Political Science and a minor in Middle Eastern/North African Studies. Prior to his time at HOPE, Blake completed a year of service through the AmeriCorps VISTA program at Hesed House Homeless Shelter in Aurora.

As Intake and Grants Manager, Blake conducts initial intake interviews for referral to the appropriate HOPE staff member or outside agency and provides information and referral to clients for non-fair housing complaints. Additionally, he writes grant proposals for the agency as well as conducts research on prospective grant opportunities for HOPE.

Molly McNamee joined HOPE in August 2021. She has three years of experience in the nonprofit sector, and has experience with program management, development, event planning and outreach. She studied International Relations and Diplomacy at Ohio State University. Additionally, she has lived abroad briefly, before returning to the states and dedicating herself to serving our community. She believes in equity for all, continual growth, and the decency of regular people. Her short-term goal is to adopt a dog, while her long-term goal is to make the world a better place for all of us to live and grow together.

An independent Board of Directors oversees the work of HOPE Fair Housing Center.

Alton (Jay) Mitchell, born in Washington, DC, has a Bachelor’s and Master’s degree in Computer Science, from the University of Maryland and University of Waterloo, respectively. He worked in computer-related environments for 35 years, focusing on telecommunication development and testing roles, before retiring from Alcatel-Lucent in 2013. Jay was also at one time, a licensed real estate broker in the State of Illinois.

Jay has been involved in fair housing for over 25 years after becoming a trained “tester” for HOPE Fair Housing. He has participated in fair housing tests across the country, for both local and national fair housing organizations, and has been deposed to support filed complaints. In 2003, Jay was appointed to Naperville’s Fair Housing Advisory Commission where he served for 5 years, elected first as Secretary in 2003, and then as Chairman in 2007. In 2008, he accepted a position on the Board of Directors of HOPE Fair Housing and was elected as its President from 2011 to 2018. He then served as Vice President from 2018 to 2020, when he was again elected as President of the Board. Jay also served as on the Ethics Commission of the Forest Preserve District of DuPage County from 2013 to 2020.

In addition to his fair housing background, Jay sees his strengths as his willingness to listen and communicate with others, his organizational skills, and his analytical approach to problem-solving.

Maggie Buckley is a lifetime DuPage County resident, residing for the past 20 years in Wheaton, Illinois. She holds a Bachelor of Arts degree in Psychology from Benedictine University in Lisle, IL. and is currently employed at Ensono in Downers Grove as a Global Director of Database and Middleware where she leads a global team of engineers across multiple countries.

Maggie is a highly collaborative, results oriented, decisive leader that has 30 years of experience building and leading high performing global teams. She is an analytic problem solver with strong communication and collaborative skills that focus on aligning people, processes, and projects. She is also a passionate advocate for Inclusion and Diversity.

When she is not working, or travelling with her wife Lynn, Maggie enjoys cooking, golfing, listening to music, reading and spending time with their family, friends and their 2 rescue dogs (Hawkeye and Gunnar) and 3 rescue cats (Beans, Bella and Bullet).

Florentina Rendón was born in Mexico and raised on the West Side of Chicago. She attended a Catholic elementary school as well as a Catholic high school. She received her Associate’s Degree in Paralegal Studies.

After working for a Chicago law firm for five years, Florentina worked for the next 17 years in civil rights. One of the organizations she worked for was the Mexican American Legal Defense & Educational Fund (MALDEF), the only national legal organization for the Latino community. While at MALDEF, Florentina worked on a four-month trial in federal court regarding redistricting the City of Chicago.

Florentina also worked for HOPE Fair Housing Center as a Test Coordinator and then as Director of Outreach. While at HOPE, Florentina assisted in housing discrimination cases against the City of Elgin, the City of West Chicago, and Arlington Park Racetrack.

Florentina lives in Lombard with her husband and her two children. Her daughter attends Glenbard East High School and her son attends Montini Catholic High School.

Pat Mathis is the retired Director of Development for Metropolitan Family Services. With more than 35 years working in the not for profit arena, she is an experienced fundraiser in a variety of areas including annual programs, grant writing, major gift work, and special events.

Prior to working with Metropolitan Family Services, she served as Director of Annual Programs with Advocate Charitable Foundation. Previous to her work in fundraising, Pat served as Manager of Housing Programs for DuPage County’s Department of Human Services.

She holds a Master’s Of Science Degree in Rehabilitation Administration from DePaul University and a Bachelor of Science Degree in Psychology from the University of Illinois at Springfield. Aside from being elected to President of HOPE’s Board of Directors in 2018, she also presently serves on two other boards: the DuPage A.M.E. Church Board of Stewards and the board of the Progressives Harambé, Inc. In the past she has served on numerous boards and committees aside from HOPE including:

Pat was named YWCA DuPage Woman of the Year in the area of Racial Justice in 1995. She is originally from Cleveland, OH, and presently lives in Woodridge, IL with her husband, Robert. She is the mother and grandmother of two. Her interests include theological studies, music, cooking reviewing movies, and reading.

Maria Padilla holds a Title of Family Doctor, a Degree comparable to the U.S. Doctor of Medicine from Medical School in Monterrey, N.L. Mexico. She has been working in the Head Start program for the last 7 years for Metropolitan Family Services in DuPage County as a Family Support Worker and for 8 years before that in the same role for Lifelink, a non-profit agency in DuPage. Maria also spent over a decade working as a bilingual teacher in Cicero, Illinois and a few years in the medical field here in USA and Mexico.

Maria currently serves as a volunteer at Westmont Public Library teaching Spanish, as well as participating in other seasonal Social Services programs for the community. She was also elected as the Secretary of HOPE’s Board of directors in 2018, and she is a member of the COD Foundation Committee. She is Bilingual in English and Spanish and a service-focused social worker and educator with a strong commitment to serving the needs of disadvantaged families and children.

Pam Terrell, a native of North Carolina and avid sports fan, holds a Master’s degree in Social Work from the University of North Carolina at Chapel Hill. Pam’s experience of 25 years entails administrative positions held in the areas of housing and supportive services for vulnerable populations.

Over the past 13 years, she has worked as the Director of Community Services for Catholic Charities programs in DuPage County. Pam is an active member of the Illinois Department of Human Services Community Quality Council in DuPage; DuPage County and State Housing Action Coalitions; the African American Leadership Roundtable; DuPage County Continuum of Care for the homeless population and she serves as Co-chair of the Homeless Needs Assessment Committee.

Pam is also a sponsoring member of the DuPage Homeownership Center that provides support for those in need of permanent housing options. Her previous experience includes 11 years with Little Friends, Inc. of Naperville, IL where she held the following positions: Division Director of Homeless Services, Director of Community Residential Alternatives and Social Worker for adults with developmental disabilities.

Prior to that time, for 5 years Pam supervised a division of Social Workers and worked as the Coordinator of Agency Services at Caswell Center located in Kinston, N.C. Her Board involvement and experience includes 4 years on the Naperville CARES Board; 6 years on the St. Andrews School Board; 1 year with Hyde County’s Social Services Board and 2 years on the HOPE Fair Housing Center’s Board, after being a trained tester for 1 year. 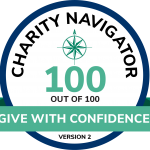